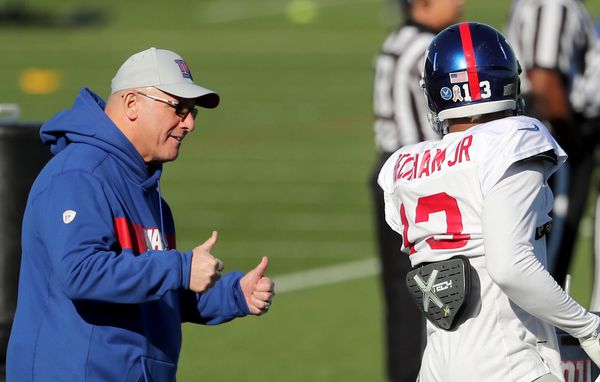 Why did the Giants do it?

That’s what I was wondering after New York shipped receiver Odell Beckham and pass rusher Olivier Vernon to the Browns for guard Kevin Zeitler, safety Jabrill Peppers and 2019 draft picks in the first and third rounds.

For several months, the Giants supposedly wanted at least two first round picks for Beckham, their star receiver.

I guess you can consider Peppers a first-rounder. He was the 25th pick in the 2017 draft by the Browns. And they added the No. 17 pick in this draft to the package.

That’s the best the Giants could do for a Pro Bowl caliber receiver and their best pass-rusher?

“Another team made an offer we couldn’t refuse," New York Giants GM David Gettleman told the media. “For us to move Odell, the other team was going to have to knock it out of the park.” 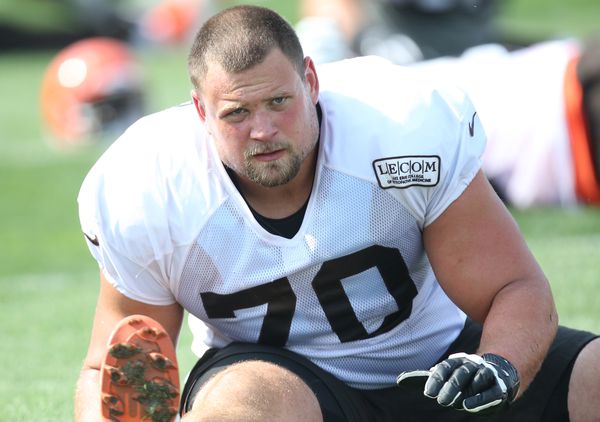 1. This actually was two trades between the Browns and Giants. The first had Cleveland sending Zeitler to New York for Vernon. The Browns valued an expensive pass-rusher over an expensive guard. The Giants prized Zeitler and were desperate to acquire help to protect QB Eli Manning.

2. Gettleman inherited the outrageously rich five-year, $85 million contract signed by Vernon before the 2016 season. Gettleman didn’t come to New York until late in 2017. He thought Vernon was good, but not worth the money. Vernon also missed nine games in the last two years with ankle injuries.

3. The Browns liked Zeitler, but thought his contract (from the Sashi Brown front office) was too rich. The John Dorsey front office also drafted Austin Corbett in 2018. He was destined to replace Zeitler at guard.

4. So we have two GMs who also happen to be friends dealing players who were signed by prior regimes. One valued a guard, one valued the pass rusher. It makes sense on several levels.

1. Gettleman spent part of his press conference explaining how he “wasn’t shopping” Beckham. He said the only call he made to another team about Beckham was to Buffalo not long after the Bills’ failed bid to deal for Pittsburgh receiver Antonio Brown became public.

2. For months, Beckham was rumored to be available. Gettleman didn’t have to “shop” him. The media did that job for the Giants. You can discount those remarks, even if Gettleman was accurate in saying the only Beckham call he initiated was to Buffalo.

4. So Gettleman signed Beckham near the end of training camp, but he was never New York’s GM during a regular season with the talented but emotional receiver. My sense is Gettleman began to wonder if Beckham was worth the organizational fatigue that comes with the receiver’s huge profile and mood swings.

5. On March 13, 2019, Beckham was traded to the Browns. So less than eight months after signing Beckham, Gettleman traded him.

6. To review: Eight months after joining the Giants, Gettleman makes Beckham the NFL’s highest paid receiver. Nearly eight months later, he traded Beckham for Peppers along with picks No. 17 and No. 95.

7. No matter what Gettleman says, his actions scream the Giants wanted Beckham out. They even are willing to carry $19 million of “dead salary cap money” in 2019 for Beckham to play for the Browns. 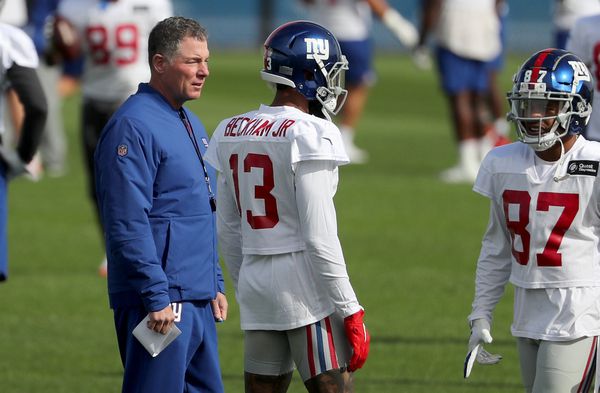 1. Gettleman said: “I want everybody to know this was purely a football business decision. There’s no intrigue. There’s no ‘he said, she said.’ There’s none of that stuff.”

2. Gettleman said he turned Beckham into “three valuable assets, at the very least.” He meant Peppers and the two draft picks.

3. In some ways, Gettleman is doing a Sashi Brown-style teardown of the roster. The Giants allowed star safety Landon Collins to leave via free agency rather than pay big bucks for him. That’s why they wanted Peppers (on a rookie contract) in the Browns deal – to replace Collins, who signed a six-year, $84 million deal with Washington ($32 million guaranteed).

4. Peppers will be paid $1.4 million in 2019, $1.8 million in 2020, according to overthecap.com. Peppers started to make progress late last season. New Browns defensive coordinator Steve Wilks mentioned Peppers at his last press conference. So he has value.

5. As for picks 17 and 95, who knows? It’s nice to have them, but it’s doubtful they are franchise changers.

6. Giants coach Pat Shurmur told the New York Post he supported the trade, adding: “We’ve gone into this off-season knowing we have to build. I don’t like the word ‘rebuild.’ We’re building. Dave has a plan. We have a plan and we’re just moving forward.”

7. The Giants were 3-13 and 5-11 in the last two seasons, when Beckham played only 16 of 32 games. You can make the old argument about the Giants losing with or without Beckham. In the last two years, they were 4-8 when he played, 4-8 when he was injured.

8. I doubt the record had anything to do with Beckham being traded. The Giants are in a roster teardown, and that has helped the Browns acquire some very talented players.

1. From the Browns’ point of view, the only real risk in the deal is injuries. Beckham missed 12 games in 2017 with a fractured ankle. He missed four more games last year with a quad injury.

2. Ankle injuries are a concern. That could be part of the reason the market wasn’t strong for Vernon or Beckham. Their contracts also are rich, meaning a team needed lots of salary cap room to deal for them. The Browns were well-positioned to do that, thanks to how Sashi Brown cut veterans.

5. He capped that off with Beckham, who certainly is the most talented receiver the Browns have had since they returned in 1999. And it happened partly because the Giants aren’t planning to win right now – and the Browns are thinking playoffs and at least an AFC North title in 2019.

Very good read. I believe I may have said it somewhere, my only worry is injury, I believe these guys will want to win, but can they stay healthy enough? That will be crucial. This quote sounds all too familiar, I almost feel for the Giants fans. 6. Giants coach Pat Shurmur told the New York Post he supported the trade, adding: “We’ve gone into this off-season knowing we have to build. I don’t like the word ‘rebuild.’ We’re building. Dave has a plan. We have a plan and we’re just moving forward.”

Agreed, rab. But here is why I am more hopeful than in years past. Chill and I have discussed this at length from time to time.

Dorsey's niche seems to be building the roster depth with guys who have had extended burns as starters in the NFL, or have been key contributors as reserves on other teams. Kendall Lamb, Phillip Gaines, Demetrius Harris are good examples of that. He also isn't adverse to signing quality talents whose personal lives need some fine tuning so to speak.

Moves like above will protect your salary cap - and keep you away from the game of having to sign marginal talent at maximum dollars when injuries do occur.

Oh, I agree about Dorsey, there is far more hope moving forward than in the recent past, and that is what I was referring to, we've heard that speak so much in recent past, and by recent, I mean mostly since 1999 or, at leeast, after the only playoff season in 2002. I'm very hopeful for the future, more so than any other time since the Kosar era. In fact, I just bought a Mayfield white color rush jersey. I'm probably going to get a Joe Thomas one, Beckham jerseys are a bit expensive. lmao